However, despite these advances in HIV treatment, there are still an estimated 62,050 people living with HIV in Canada, and among those, approximately 87 per cent were diagnosed, which means 13 per cent are unaware of their HIV diagnosis.2

Social Determinants of Health continue to present challenges for successful linkage to care and initiation of treatment.2

Human Immunodeficiency Virus (HIV) is an infection that attacks certain white blood cells, specific to the body’s immune system.1 HIV is a manageable chronic condition, however, if left untreated it can lead to Acquired Immune Deficiency Syndrome (AIDS), which can weaken a human’s immunity against opportunistic infections.1

Who can contract HIV?

Regardless of race, sexual orientation, ethnicity, religion, gender, age, socioeconomic status or place of origin, if you are human, you can contract HIV.

However, certain subpopulations in Canada are disproportionately affected by HIV.

According to the Canadian AIDS Treatment Information Exchange, gay, bisexual, and men who have sex with men, who only represent 4 per cent of the adult male population in Canada, represent 51.7 per cent of all HIV cases.4 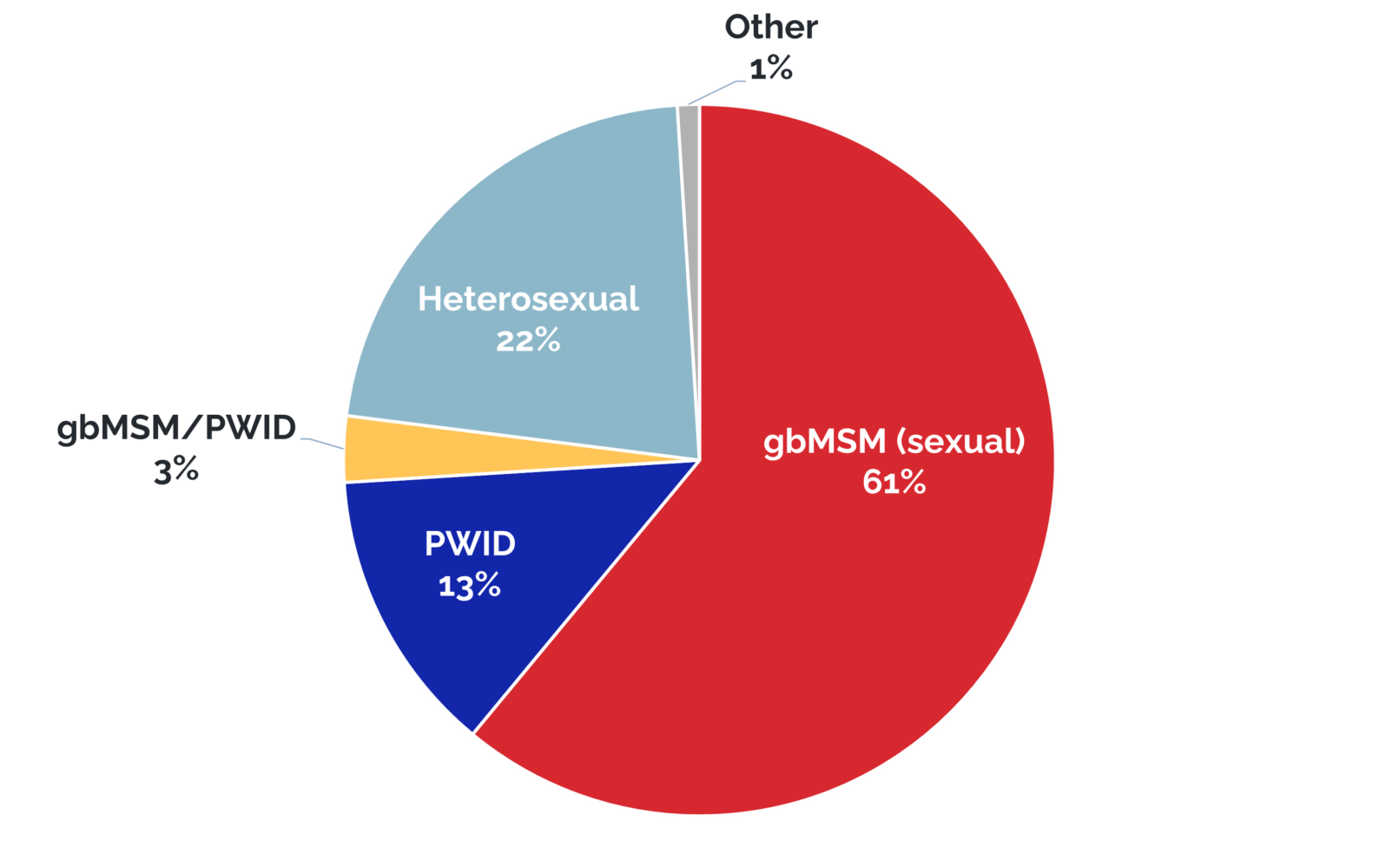 How is HIV transmitted?

HIV is a fragile virus, which means there needs to be a special set of circumstances for the virus to be passed from one individual to another.4,5 The first of these circumstances is the fluid. HIV is only present in certain bodily fluids, which includes blood, semen (including pre-ejaculation), vaginal fluid, chest/breast milk, and anal secretions.5 Additionally, HIV can only be spread through very specific routes.5 These routes include mucous membranes, such as the vagina, rectum, opening of the penis, or foreskin, as well as a break in the skin, from a needle stick injury or sharing injection supplies.5 Finally, there needs to be an event that brings the fluid and the route together for HIV transmission to occur.5 The highest risk events to potentially transmit HIV include, unprotected sexual activity, sharing and/or reusing injection equipment, accidental needlestick injury, pregnancy, childbirth, and infant feeding.5

How is HIV not transmitted?