July 3, 1981 – The New York Times breaks a story writing about a rare gay cancer, bringing the virus into the public knowledge.

Initial reports of HIV are seen in young gay men. By the end of 1981, cases are also reported in people who inject substances.

March 1982 – Canada reports its first case of this new and misunderstood virus that destroys the immune system.

June 1983 – Sadly the first AIDS-related death in Calgary is reported.

June 30, 1983 – Alberta becomes the second province in Canada to declare HIV/AIDS a notifiable disease. Mobilizing immediately in response, Calgary's gay community works together to raise $10,000 to donate to the University of Calgary for AIDS research.

1984 – Scientists discover the cause of AIDS and the term Human Immunodeficiency Virus or HIV is coined.

September 1985 – Local gay activists and concerned community members meet around a kitchen table to discuss the possibility of creating an AIDS support group in Calgary. They name it the AIDS Calgary Awareness Association.

AIDS Calgary’s work is considered controversial as they openly and accurately teach about condoms and safer sex practices. Due to concerns for staff and volunteers’ safety, the location of the office remains private.

Homophobia and a lack of public urgency to address the AIDS epidemic make it difficult for the organization to secure funding. AIDS Calgary is able to stay open going due to support from gay clubs and the Imperial Sovereign Court of the Chinook Arch (ISCCA). The local drag community puts on shows regularly to raise money to pay the rent. (This community continues to be tremendous supporters of our work).

Soon after the organization starts, the AIDS crisis begins in Calgary and those involved in the organization are forced to balance work, while living with the grief of losing their loved ones and the people they consider family.

Late 80s – Canada adopts a harm reduction approach in response to the AIDS crisis. Harm reduction is grounded in justice and human rights. It focuses on positive change and on working with people without judgement, coercion, discrimination, or requiring abstinence as a precondition of support.

1991 – The Red Ribbon becomes an international symbol of AIDS awareness.

2007 –AIDS Calgary took over the Shift Program. The program was originally funded by the United Way of Calgary and Area in response to the report “Building a Calgary Community Response for Children, Youth, and Adults involved in the Sex Trade/Sexual Exploitation”. The Shift Program has always used a harm reduction and rights-based approach to work with adults involved in sex work and assist them in improving their quality of life and reaching their individualized goals.

2008 – Statistics Canada indicated the numbers of HIV continued to rise steadily in the African communities. The trend was concerning. AIDS Calgary decided to engage the University of Calgary department of Social Work to carry out research in African communities to find out what was fuelling this continued risk of HIV. The program was initially called The Right To Know from 2009 - 2014 when it rebranded in 2015 to the Drumbeat African Communities Program that it is today.

2010 – AIDS Calgary was asked by the Government of Alberta to manage service STBBI prevention, education and support delivery in the Medicine Hat & Brooks area, as well as the Bow Valley region. 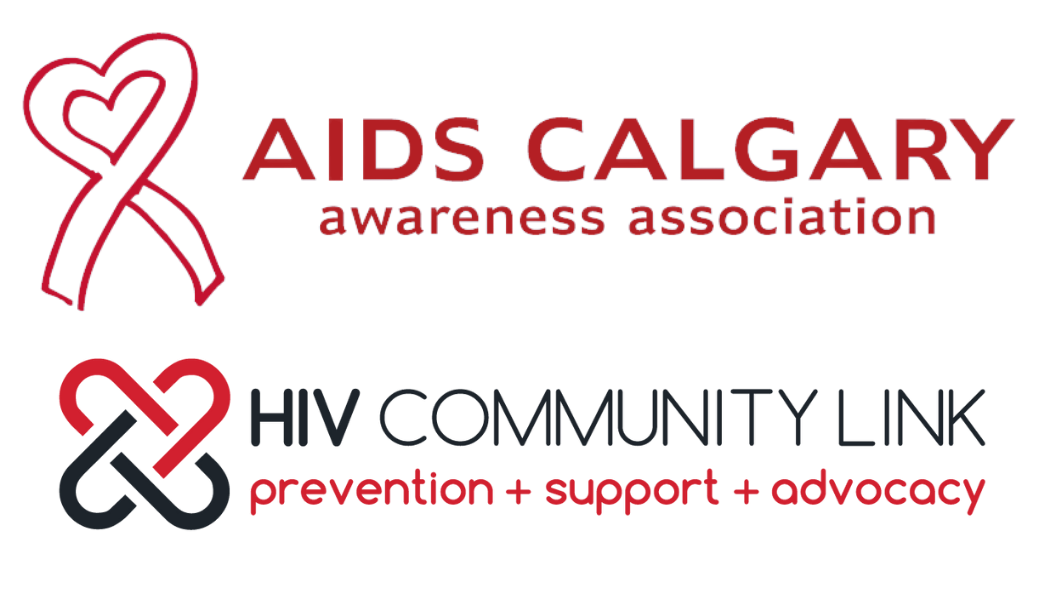 2013 – Due to incredible strides in treatment, testing, and prevention of HIV, the conversation about HIV changed. AIDS Calgary Awareness Association becomes HIV Community Link to better reflect the services offered with a focus on health promotion, increasing access to testing, delivering effective harm reduction programs, and reducing the stigma associated with HIV. Calgary is also removed from the name as programs and services expand to other locations in Southern Alberta.

2014 – Funding for Bow Valley region was cut,  and the programs closed.

2016 – The Government of Alberta announced funding to support the assessment of the need for, and development of, supervised consumption services (SCS) across the province after an exponential increase in opioid related overdose and overdose death in Alberta. HIVCL was approached by the NDP Government and asked to complete a needs assessment for SCS in our communities. For the next three years, we worked tirelessly in the Calgary and Medicine Hat communities to conduct needs assessments, community engagement sessions, and secure SCS sites in both cities.

2017 – Canada becomes the first country to publicly endorse U=U (undetectable = untransmittable).  If a person living with HIV is taking their medication and has an undetectable viral load, they cannot sexually transmit the HIV.

When the UCP Government came into power in 2019, funding for the implementation of the two SCS sites was cancelled.Health Canada approves pre-exposure prophylaxis (PrEP) as a prevention medication to reduce the risk of sexual transmission of HIV.

March 29, 2022 – HIV Community Link rebrands as SafeLink Alberta. SafeLink Alberta works to reduce the risks associated with sexual activity and substance use. We serve and advocate for priority populations in Calgary and southern Alberta by providing education, non-judgmental services, and harm reduction programming. SafeLink Alberta continues in our commitment to supporting those affected by HIV, hepatitis C, and other sexually transmitted and blood-borne infections.

SafeLink Alberta works to reduce the risks associated with sexual activity and substance use.

We serve and advocate for priority populations in Calgary and southern Alberta by providing education, non-judgmental services, and harm reduction programming.

SafeLink Alberta continues in our commitment to supporting those affected by HIV, hepatitis C, and other sexually transmitted and blood-borne infections.

Gerry McConnery, past board member, long-time volunteer, and advocate tells the story of the history of the organization and what has brought us to where we are today.