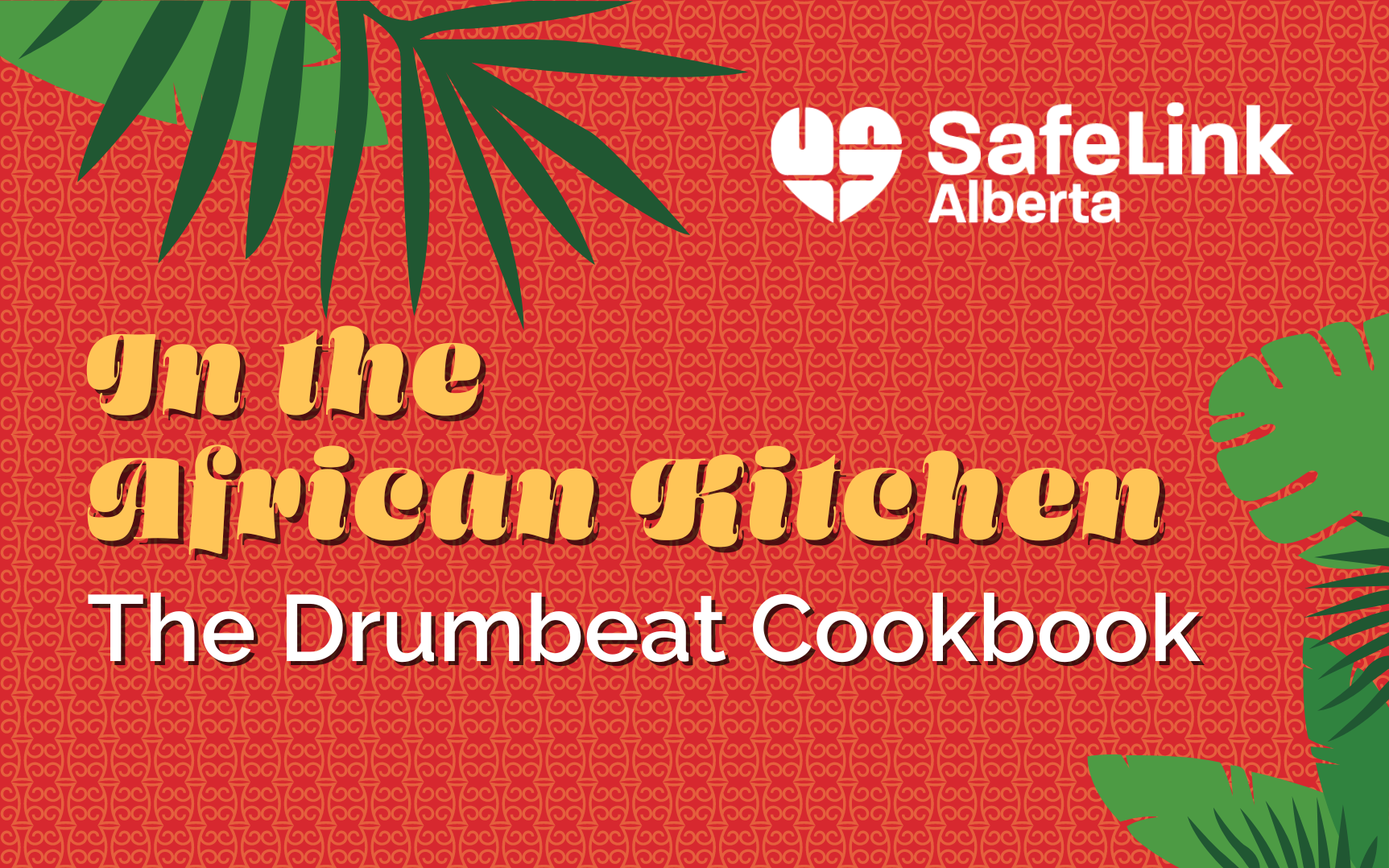 SafeLink Alberta is proud to present In The African Kitchen the Drumbeat Program Cookbook.

Sipiwe Mapfumo, Education Coordinator, shares in her foreword, “In the African Kitchen was a labour of love born from a sisterhood of African women whose desire was to create a safe space to mingle, cook, learn, and support each other.”

“I wish to thank the many women who have been part of In the African Kitchen, who have shared these tasty dishes from a variety of countries, and for the friendships that have given immense joy and cheer to all the sisters who are working together in the fight against HIV.”

Read the cookbook below: