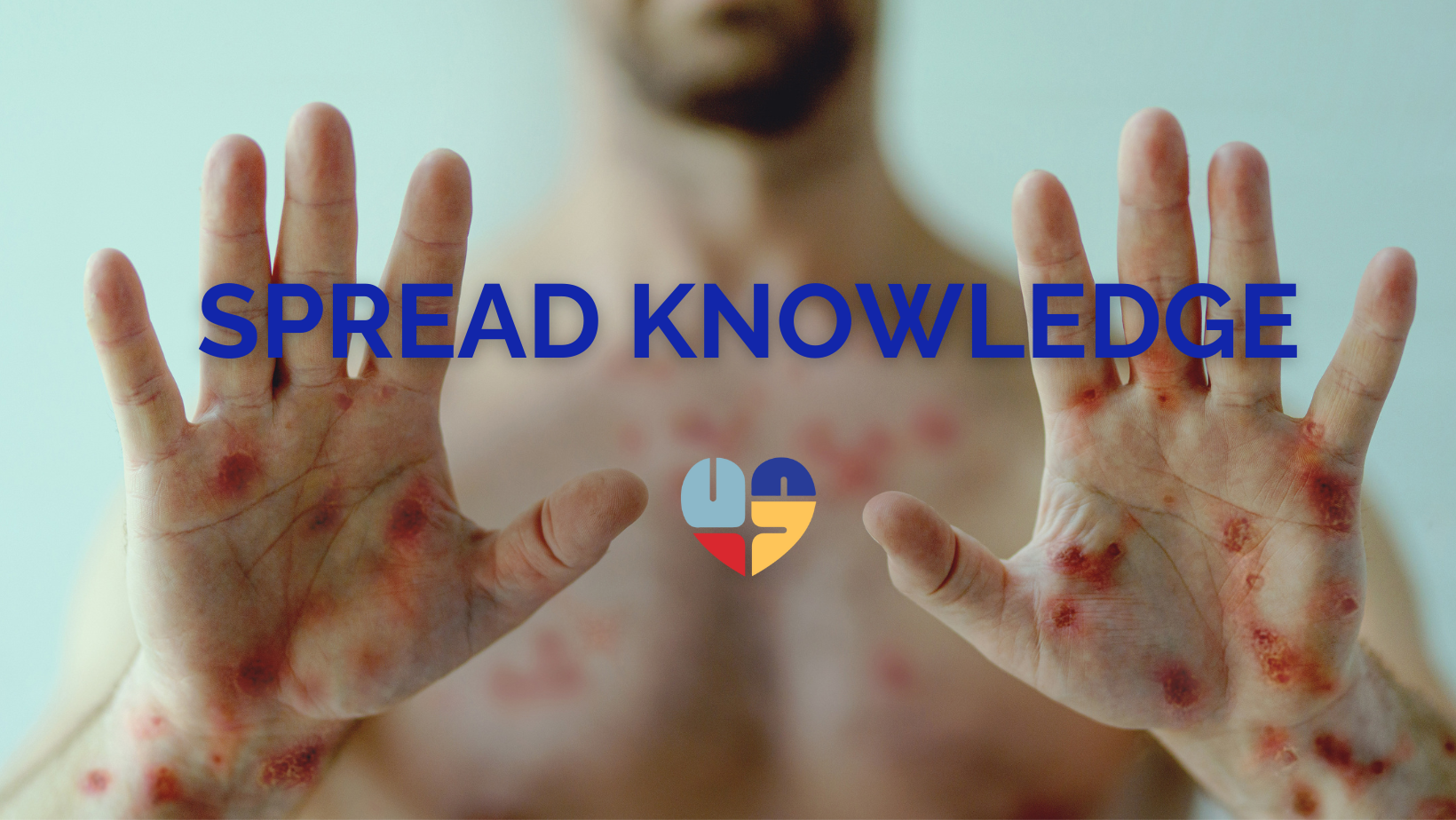 M-Pox is a rare disease caused by the monkeypox virus. It is a member of the Orthopoxvirus genus in the family Poxviridae and a viral zoonotic disease, meaning that it can spread from animals to humans or between people.

Who can catch it?

Anyone can catch M-Pox. The virus does not discriminate who it effects and can be spread outside of sexual activities (Canada, 2022)

How do you catch it?

M-Pox is usually transmitted through human-to-human contact with a person experiencing M-Pox, but can also be transmitted when a person comes into contact with contaminated objects such as clothing or bedding (Canada, 2022).

M-Pox can be transmitted through respiratory droplets at close range, but does not spread through the air over longer distances.

M-Pox is not considered a sexually transmitted infection, but can be transmitted through close or intimate contact.

It is unknown at this time if M-Pox can be transmitted through semen.

How do I know if I have it?

Symptoms include a fever, headache, muscle aches, back pain, low energy, swollen lymph nodes, and a skin rash or lesions.

The rash usually begins within one to three days of the start of a fever. Lesions can be flat or slightly raised, filled with clear or yellowish fluid, and can then crust, dry up and fall off.

The rash frequently shows up on the face, palms of the hands and soles of the feet. Sores can also be found on the mouth, genitals, and eyes.

How long does it last?

Symptoms usually resolve on their own within 2-4 weeks.

The illness is often mild and treatment is mainly supportive.

What do I do if I think I have m-pox?

If you have symptoms, we recommend that you seek the advice of a health care provider or visit a medical clinic for assessment.

You should also refrain from being in close social contact with others until tested. If you test positive, follow the advice given by the healthcare provider.

Who is at highest risk?

Those at higher risk include children, those who are pregnant, people with compromised immune systems, and folks under 50 who have not received the smallpox vaccine.

People living with HIV with an undetectable viral load are not considered to be at a higher risk of contracting M-Pox.

How do I protect myself?

Avoid skin-to-skin or face-to-face contact with anyone who has M-Pox symptoms, and if you suspect you have symptoms, get checked by a healthcare provider.

Are there any cases in Alberta?

Yes, M-Pox has been detected in Alberta.

Is there a vaccine?

Yes, Alberta residents 18 years and older eligible for the M-Pox vaccine include:

SafeLink Alberta supports the Public Health of Canada’s stance on distribution of accurate information and recognizes that spreading misinformation about viral transmission of M-Pox can not only be stigmatizing but also cause misinformation surrounding risk related to this virus.

For more information on M-Pox, speak with your healthcare provider or follow these links: